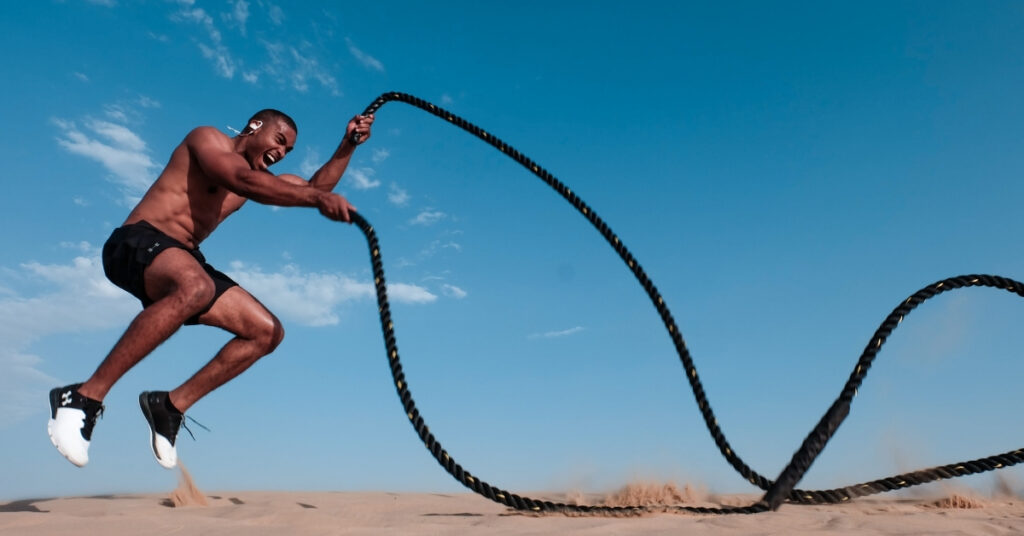 Ibutamoren mesylate or MK-677 is an orally active growth hormone secretagogue that is frequently discussed for its lean muscle-building potential. But what is Ibutamoren MK-677? What are the side effects? Is it safe? Our team at EVOLVE will help answer your questions!

Ibutamoren is a growth hormone stimulator advertised for its muscle-building properties. It is available online for anyone wishing to increase their levels of growth hormone. The area of Ibutamoren use in humans is understudied, but let’s look at what information is available.

Secretion of growth hormone (GH) and insulin-like growth factor 1 (IGF-1) is thought to be increased by Ibutamoren. The compound increases hormone levels by mimicking the action of ghrelin, a hormone involved in appetite regulation. Ibutamoren binds to ghrelin receptors in the brain, activating the release of growth hormone. These receptors are found in the brain areas that control appetite, pleasure, mood, biological or circadian rhythms, memory, and cognitive functioning. So, it’s expected that taking Ibutamoren would affect some of these functions. So far, clinical studies have only described the effects on appetite, and as expected, taking Ibutamoren increases appetite.

Some studies show that Ibutamoren increases growth hormone levels while having little or no impact on the levels of other hormones, like cortisol, a hormone that regulates your body’s stress response. This lack of effects on other hormones is critical because an increase in cortisol also suppresses the immune system, reduces healing time, and impairs memory.

Two Viewpoints on Ibutamoren MK-677 Use

Advocates for the use of Ibutamoren MK-677 argue these points:

Skeptics against Ibutamoren MK-677 use make these arguments:

The primary reason people use Ibutamoren is to increase their growth hormone levels, simultaneously increasing the effects of growth hormone.

Ibutamoren is used as an anabolic substance to increase lean muscle mass – essentially to get bigger muscles. This property is what makes the compound popular among bodybuilders. Ibutamoren is taken orally once a day for this purpose. A two-month study of 24 obese men showed that treatment with Ibutamoren increased their lean muscle mass and basal metabolic rate. (See body composition and growth hormone secretion study.)

In a study of eight food-deprived individuals, daily dosing of Ibutamoren reversed the protein loss that leads to a reduction in muscle mass. In elderly patients with a known history of hip fractures, it improved their gait speed and muscle mass and reduced fall numbers.

Three clinical trials in elderly adults did show increased bone mass, and another study of postmenopausal women showed that the drug increased bone mineral density, helping to prevent osteoporosis. These findings are promising, but the studies’ quality is questionable, so further clinical trials would be needed to confirm these effects.

Some people take Ibutamoren for its effects on memory, cognition, and learning. While logical, as these processes are impacted by activating Ghrelin receptors, studies have yet to investigate whether Ibutamoren affects cognitive function. There are two mechanisms of action by which this could occur. Ibutamoren increases activation of Ghrelin receptors, which improves memory and learning and also boosts REM sleep duration. Sleep quality is, of course, a critical part of boosting cognitive function.

Since Ibutamoren increases growth hormone levels, there is potential for its use in children diagnosed with a growth hormone deficiency without changing other hormones’ concentrations.

Again, these are effects of increased quantities of growth hormone. There are anecdotal reports of Ibutamoren decreasing healing times, but no clinical studies show this.

A small study with limited subjects showed that Ibutamoren improved the duration of REM sleep. There are also many reports of improved sleep quality from users in online forums.

Growth hormone and muscle mass all decrease as we age. Ibutamoren has been shown to increase both these factors without serious adverse side effects. The potential impact of increasing life span is still under investigation, but results so far look promising.

Although the suggested dosage is 25mg, patients have experienced an increase in their IGF1 levels using as little as 10mg of MK-677. The exact dosage you should take will be provided by your physician when prescribing your customized growth hormone treatment. A minimum dosage of 10mg will help in the development of muscle mass and is typically a good starting point to begin seeing results. Everyone is different, and you may need to build up dosage levels if you are not seeing the results over time.

Side Effects of Ibutamoren

Long-term clinical testing is required before any drug is approved for human use, and Ibutamoren has not yet undergone this testing. This means that it may have potentially severe side effects, either short or long-term, that have not been documented.

The most common side effects from existing studies are increased appetite, lower extremity swelling, and muscle pain. Other studies report decreased insulin sensitivity and increased blood sugar levels. These side effects are similar to those found in people with naturally elevated growth hormone levels. Most studies report few or no side effects. However, one study was terminated because of a severe adverse event. While it’s unclear what the adverse event was, this is important to note because it means researchers felt it was unsafe to continue using Ibutamoren in this case.

Ibutamoren MK-677 is an unapproved drug that may boost growth hormone levels. It is taken orally once a day, which makes it more appealing than other anabolic compounds. It is relatively easy to obtain online, but due to the lack of FDA regulation, what concentration of ingredients you get could be questioned. There are many claims of the benefits but they are currently understudied. Read more about the safety and efficacy of growth hormone secretagogues.

Ibutamoren is not an over-the-counter medication, and it must be prescribed by a physician. To be assured you are getting real MK-677, please use a professional who works with a reputable pharmacy. At EVOLVE, our Patient Care team of knowledgeable industry experts can help you get started with an Ibutamoren MK-677 treatment. Our telemedicine services give you access to some of the best growth hormone treatments on the market. We take great pride in providing excellent health and wellness care to our patients around the country.

We offer 12.5mg and 25mg Ibutamoren prescriptions. If you have any questions about MK-677 and would like to schedule a consultation with EVOLVE, contact Patient Care today.