Stopping HRT – What to Expect & The Risks Involved 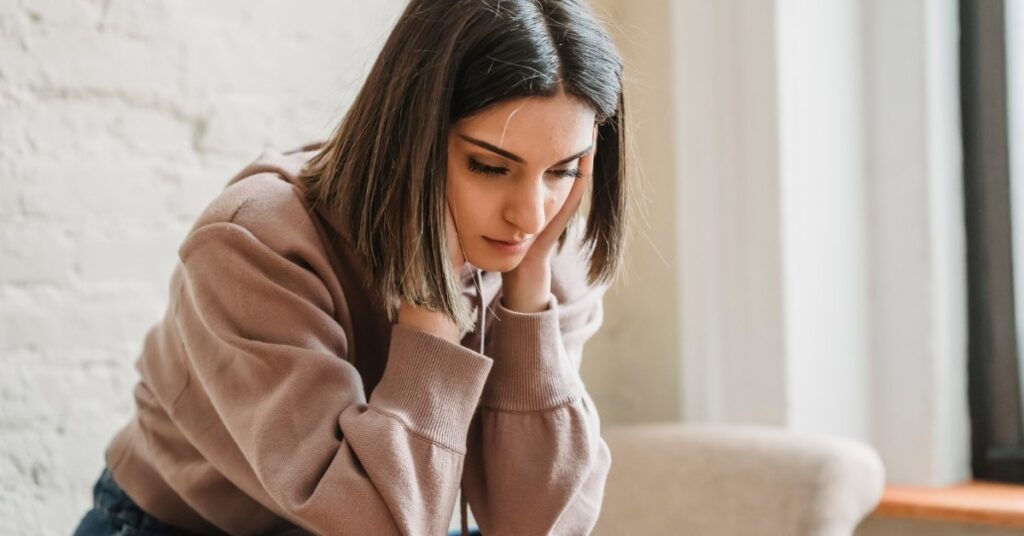 HRT, or hormone replacement therapy, is a treatment for those who are suffering from the symptoms of menopause. However, since this supplement of hormones affects so much of the body, it can leave some wondering how or if one can stop HRT – and what they can expect to happen when they do.

Experts generally recommend HRT to be used at the lowest dose that’s effective for the shortest amount of time, as it is a powerful drug. Being a strong drug means that it has a withdrawal process that can involve side effects, so discuss with your GP before you decide about stopping.

These side effects can be varied for each person, as each person’s hormone levels and symptoms are individual, but below we’ll discuss some of the most common risks and side effects.

First, we’ll cover some more general information about HRT. Hormone Replacement Therapy replaces the sex hormones estrogen and progesterone, which are mainly used to control symptoms of menopause in women. Typically, these hormones are released by the ovaries and maintain the reproductive cycle specifically, but also have effects on other crucial parts of the body, such as the bones.

When a woman hits menopause, the ovaries stop producing eggs and estrogen, which means that the lack of hormones produced can give her some uncomfortable or even painful symptoms such as:

HRT is a treatment provided to help alleviate or even eradicate those symptoms. However, doctors agree that it is healthiest when used at the lowest dosage for the least amount of time possible. This means that anyone who starts HRT will need to stop someday.

What To Expect Coming Off HRT

The general suggestion is that a person should not be on HRT for longer than five years or after they reach their 60th birthday, but this can depend on medical history and individual circumstance (For example, if a woman has had a hysterectomy).

Most do not experience problems if they stop HRT gradually but stopping suddenly can increase the chance of side effects. The main side effect that women experience (if any) is the return of menopausal symptoms, particularly hot flushes. However, it’s been observed that even if the symptoms return, they are generally more manageable for most than before they started HRT.

Since estrogen has a profound effect on the bones, ceasing HRT may affect a person’s bones, meaning the bones may become more brittle after HRT stops. But there are ways other than HRT to offset this, including:

There is also the risk to keep in mind that HRT may assist with or even suppress some symptoms as the person is taking it, so once the person is no longer on HRT, new symptoms may arise, not as a side effect of HRT on its own, but as a different problem that needs to be resolved.

How Does Someone Come Off HRT?

The first thing to note is that a person should not stop HRT without consulting their doctor first. There are different ways to come off HRT, and it is worth the discussion to see which route would suit a person better.

Some methods, for instance, will decrease the amount of progesterone and estrogen over time. Other methods will reduce the frequency of when the patients take HRT. The methods of coming off HRT depend on the individual and the dosage and type of HRT they are taking. It may take as short as three months, or it could take up to a year to entirely stop taking HRT.

If the menopausal symptoms return, the person should discuss it with their doctor to see if there are any non-hormonal alternatives to help alleviate their symptoms before going back on HRT immediately after stopping, as this will make the process of coming off HRT harder.

What Are The Risks Of HRT?

Hormone replacement therapy is a very effective treatment against many symptoms of menopause, but it is not without its risks. In brief, there are risks of cardiovascular disease and possible cancer associated with HRT, but most of these risks are considered relatively low, and worth the benefit they bring. However, it is not considered a long-term treatment, and it is recommended that a person stays on the lowest helpful dosage and for the shortest amount of time. A person can expect bone and muscle weakness and a possible reappearance of weaker varieties of their menopausal symptoms when coming off HRT. Still, it completely depends on the individual and their dosage, type of HRT, and natural hormone levels. Therefore it is best to speak with the doctor before stopping.

Are you ready to learn more or get started with HRT? Contact the EVOLVE patient care team to get started today!