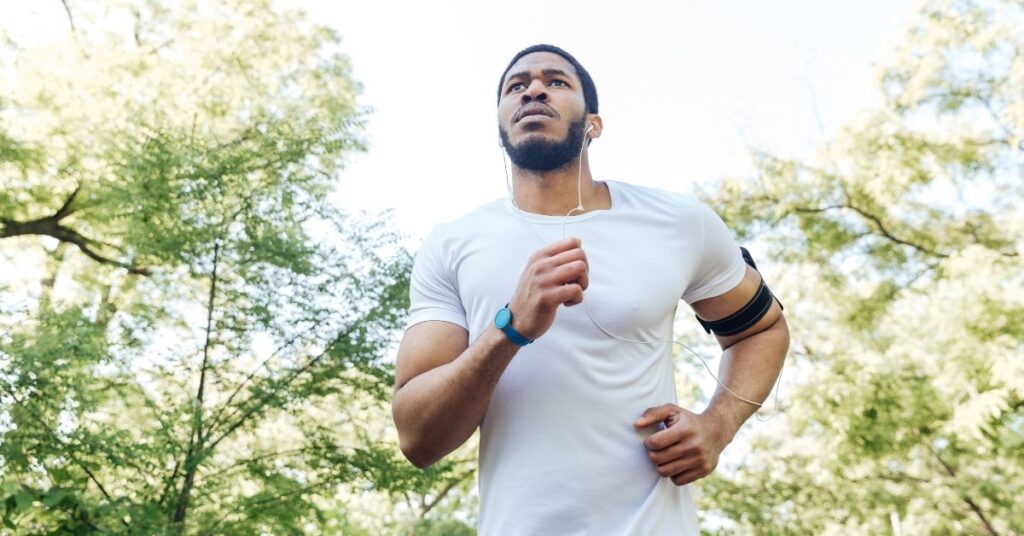 So, you need more testosterone. It’s entirely possible that exercise will help you, but you need to know a couple of things first.

In this article, we’ll go over what this steroid is, what decreases it, and whether exercise increases it. Shall we get started?

Other than being a word used frequently to explain someone’s bad mood, testosterone is a hormone found in men and women, but primarily in men for the proper development of the male organ, body hair growth, and the creation of sperm, to name a few.

For both men and women, it builds muscle and bone mass and affects the production of blood cells.

It’s also considered a steroid because it has four “rings” of Carbon atoms, which by definition makes it a steroid.

So if one of the functions of testosterone is to help with muscle development, it makes sense that exercising would increase testosterone. But is this the case? And is the effect the same with all kinds of exercises?

Age is a common reason for reduced testosterone in the body. The body begins to slow down and cease creating the hormone at some point. By 35 or 40 years of age, your body will start putting out 1-3% less of the hormone it had been.

According to Dr. George Touliatos (Dr. Testosterone), When you are unhealthy in terms of being overweight or obese, your body produces more estrogen from the “visceral fat within the abdominal cavity.”

He explains that estrogen is a “negative feedback for the brain,” telling it not to produce testosterone.

Diabetes seems to be linked to low testosterone, according to a study published in 2008 in the Journal of Clinical Endocrinology & Metabolism. Like testosterone, insulin aids in protein synthesis and breakdown prevention. However, if you have type 2 diabetes, your body isn’t making enough insulin or using it correctly, making it easier to gain visceral fat, thus lowering testosterone levels.

Chemotherapy is now well known to have such a side effect. Although its reasons are unclear, studies such as the one conducted by Professor Richard Ross, MD, FRCP, show a clear connection.

These are only a few causes of low testosterone, but now we want to know what increases the levels of this hormone.

As Dr. Touliatos explains, your brain is told to produce more testosterone in the hypothalamus and hypothesis parts of the brain by gaining muscle and losing fat.

In response, the gonadotropic, luteinizing, and testosterone hormones are released. In his words, “being leaner will lead you to have higher natural testosterone levels.”

But how does getting fit relate to greater levels of testosterone?

How does testosterone develop muscles?

A good summary of this process comes from Patrick Kelly, who holds an MS in exercise physiology.

He describes the role of testosterone in the development of muscles as the stimulator that creates more proteins in the body. This develops more muscle because of the body’s reaction to exercise.

Under the connective tissue that holds muscle fibers together, each fiber has something called a “satellite cell.”

When muscles go through extreme tension, they become inflamed. This inflammation prompts the satellite cells to merge with the muscle fibers and initiate the production of more proteins that generate muscle contractions.

This is just one way testosterone makes your muscles bigger.

Testosterone is also sent to muscle cells to bind to their receptors to give it its “message” and travel to the nucleus, where the DNA is kept.

Just in case you forgot that tidbit in high school.

The testosterone then tells the DNA to copy, or “transcribe,” the genes that make more proteins.

These new proteins are sent throughout the muscle to repair and add to the preexisting muscle.

You could say the “message” the hormone has is a diagram or set of directions that shows or tells the DNA how to copy those genes.

That’s right! Testosterone also keeps the proteins from being broken down!

A study by Dr. Robert R. Wolfe, Ph.D., and Dr. Kevin Tipton, Ph.D., explained that this matters because muscles will only grow when the production of proteins outmatches the breakdown of proteins.

It’s one thing to make a bunch of protein, but making protein while preventing protein breakdown, is even better.

Which exercises are the best for increasing testosterone?

In the interview with Dr. Touliatos, he stated that performing short and intense workouts is the best exercise for producing more testosterone. He recommended high-intensity cardio and “resistance training with lactate production, so 8-12 reps.”

He warns his listeners not to use weights for more than 45 minutes because they risk raising their cortisol levels and lowering their testosterone.

Patrick Kelly confirms that resistance training releases more hormones for about half an hour. Exercises with high volume combined with short resting periods seem to produce the best results for increased hormone levels.

William J. Kraemer and Chad C. Loebel found that factors like the number of muscle tissues invigorated during the exercise affect testosterone production.

There are disagreements in studies about whether you will get more testosterone when exercising.

With long-term weightlifting, the results varied, with some men seeing significant differences and others getting stronger but no other benefits.

A study published on Plos One stated, “Testosterone supplementation consistently increased muscle strength but did not have beneficial effects on physical function.”

The answer may be found in a PubMed article where it was noticed men who were untrained in physical workouts didn’t have a significant change in their hormone levels.

In short, the answer to the question, “does exercise increase testosterone,” is yes, but results may vary. Want to learn ways to increase your testosterone through bioidentical testosterone replacement therapy? Contact EVOLVE patient care to get started with TRT!