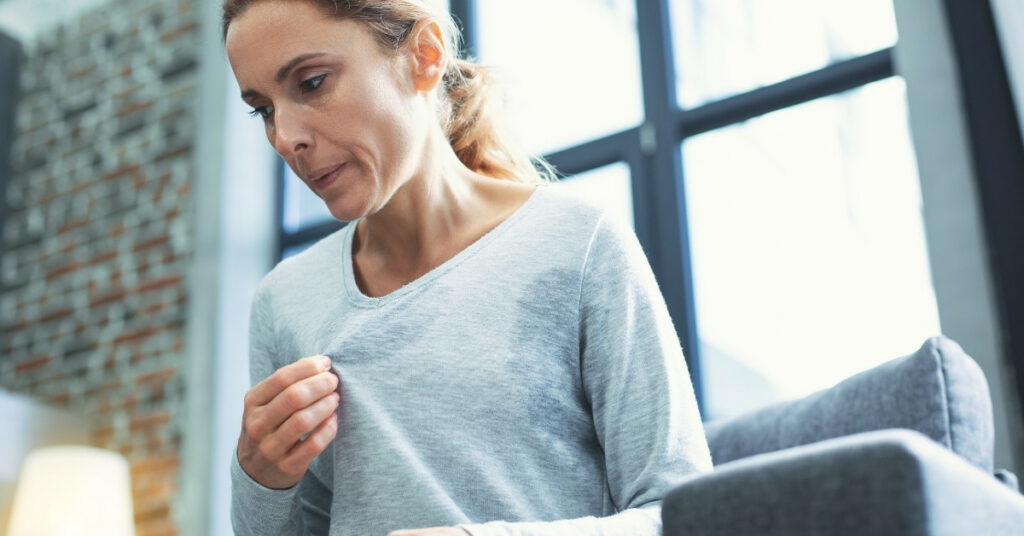 Perimenopause is what is known as the menopause transition. You might confuse it with menopause. However, it is the transitional phase women experience before going through it. Often, it occurs years before the onset of menopause, when a woman’s ovaries produce less estrogen. Perimenopause could start as early as thirty. However, it’s more common for women in their forties. It can last several years, but the ovaries don’t release any more eggs in the later stages, which effectively disrupts a woman’s menstrual cycle. So, what are the symptoms to be careful of, and what treatments are there?

The Expectant Length of Perimenopause

There are several typical signs and symptoms of perimenopause. Those include:

Your Menstrual Cycle Begins to Change

While changes to your menstrual cycle may not be exclusive down to perimenopause, it is often one of the more common symptoms. For instance, many women experience shorter periods when they are perimenopausal. Others can experience lighter periods, as well as heavier and longer cycles. Some women skip periods entirely. It is common to notice changes to your period during the perimenopausal phase; however, you are likely near the end of this when you don’t have a period for over sixty days.

Of course, it is essential to note that changes to your menstrual cycle could result from another reason, some minor or a severe health issue. Using the contraceptive pill might help ensure your periods are regular.

A lot of women experience hot flashes during menopause, as well as the perimenopausal stage. Some find hot flashes remain with them, even after menopause has ended. It varies, depending on the woman and how menopause has affected them. However, during perimenopause, it’s common for women to experience hot flashes. Often, these are short but sharp flashes that last up to ten minutes. Some find these mild, while others find them severe.

If you experience hot flashes during the night and are so severe, they cause you to wake from your sleep. They’re often called night sweats. These can be uncomfortable, especially if you tend to be a warmer person (someone who feels the heat quicker than others). If you experience these hot flashes, you should try to avoid triggers, such as spicy food and hot drinks before bed. In some instances, you’ll need to seek advice from a doctor.

Often, it’s down to night sweats that disrupt your sleep. If you are constantly waking up sweating profusely, it is a definite symptom of perimenopause. Hormonal changes can also cause you to form irregular sleep patterns too. It’s a significant issue as it may cause you to become stressed, frustrated, and moody.

Men and women can suffer from periods of a low sex drive. This may not always be down to perimenopause. However, it’s often a common symptom of it. Unfortunately, having a lower sex drive results from hormonal changes and may even cause discomfort during sex or vaginal dryness. It’s not as uncommon as you might think, and it’s a common issue if you’re perimenopausal. If you have experienced a low sex drive or discomfort during sex, you should speak to your doctor.

Often, fatigue can be a sign of perimenopause. Your body is experiencing several significant changes, especially to the hormones, so that can cause you to feel more fatigued. In some instances, your breasts might feel tender too. Again, this is partly down to hormonal changes. However, if you are concerned about any changes to your breasts, you should immediately consult a physician.

There are many signs of perimenopause, such as an increased urgency to urinate and mood swings. You might experience some of these symptoms, if not all. It can be a unique experience for every woman. Some may feel more fatigued, while others might notice night sweats. You could experience changes in your weight. It varies considerably.

Should You Be Concerned About Changes Caused by Perimenopause?

Typically, your body goes through several changes as it ages. Some are more normal than others. Perimenopause systems vary too, and some are more noticeable than others. For instance, changing your menstrual cycle can be common during perimenopause; however, other conditions could impact your cycle. If you’re concerned, even if you suspect you’re perimenopausal, it’s essential to speak to a doctor.

However, there are some changes you should not ignore, including bleeding between periods, your periods lasting longer than usual, you’re bleeding heavier than average, and it appears there are blood clots in them. If you experience bleeding after sex or your periods occurring closer than usual, they are red flags you shouldn’t ignore. It could be a range of issues, such as hormonal, pregnancy, birth control medication, and many more. It might not be severe. However, other serious medical issues need to be ruled out.

Doctors base it on symptoms, and often, hormonal checks are done by a blood test. Several types of blood might be taken to compare as hormonal changes occur. Usually, the doctor will request several blood tests over several weeks, if not months. This is down to the fact that your hormone levels will vary during perimenopause.

What Treatments Are There for Perimenopause?

Every woman goes through perimenopause. Some may experience the symptoms more so than others; it can vary on the woman and their symptoms. There is no cure for perimenopause; however, there may be treatment options available to ease some of its symptoms. For instance, low-dose birth control may be prescribed if you suffer from hot flashes. A doctor may also recommend a progesterone treatment or hormone replacement therapy (HRT). However, you’ll need to speak to your doctor to find the right course of treatment.

Although, there are things you can do to ease some symptoms, such as stop smoking, eat a healthier diet, shed excess pounds, and consume less alcohol. It’s essential to speak to a doctor so that you can find a way to ease some of your perimenopausal symptoms.

Is It Possible to Become Pregnant If You’re Perimenopausal?

Surprisingly, it is possible to become pregnant if you are perimenopausal. Of course, your estrogen levels begin to decrease, so your fertility may be slightly lower too. Although it’s more challenging when you reach your late thirties and early forties, you can still get pregnant.

Perimenopause is not something any woman wants to experience. It can be an uncomfortable time and something that lasts a considerable length. Fortunately, there are ways to ease some of the symptoms, including a birth control pill. If you think you have perimenopause or are worried about any symptoms, it’s best to speak to your doctor or a licensed hormone specialist like EVOLVE. These women’s health professionals can help find a suitable course of treatment for you.

If you are experiencing perimenopause symptoms and want to get your hormone health on track, contact EVOLVE patient care today!